HOW TO MAINTAIN YOUR DELIVERANCE

What a wonderful gift it is, to receive deliverance and be freed from bondage. Many people before deliverance, struggled with sleepless nights, being tormented by evil, continuously falling ill, having severe anger outbursts and uncontrollable emotions, anxiety, etc. However, after deliverance you are free from these bondages that the enemy wants to keep you in. It is important to understand that remaining free of bondage and satanic prisons is not automatic. Freedom requires forgiveness and great commitment to principles of freedom. 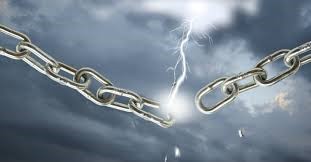 Now is the time to start studying the Word, learn Bible verses that can help you in your battle.  Join the Soldiers 4 Christ services and Life Group home cell gatherings, as this will assist you in your walk to freedom.  Soldiers 4 Christ has a network that can assist you on your journey.  Make time every day to spend alone time with Yeshua Hammasiach.  You need to remember He is coming back to fetch his bride.

What does it mean to be a bride?  For example if you spend just 10 minutes a week with your fiancé, would that person want to marry you?  The answer is no.  So too is our relationship with Yeshua.  The word says that He is a jealous God and wants more of you, more time with you so that He can take you as his bride when He comes to fetch you. Make time in the morning to spend an hour with Yeshua, read the word and pray – then see how your life with changes for the better.

Here are some things that you can to do maintain your freedom:

Consciously allow Yeshua to rule as your Lord and obey him in all areas of life.

Take responsibility for the difficulties in your life

Practice forgiveness as a lifestyle

Make restitution for any debts you owe

Change your lifestyle if necessary

If you fall into sin, repent quickly thus closing the door to the enemy

Fight the good fight against the enemy

When you feel overcome by any problem or when the enemy attacks or tempts you again, appropriate your deliverance immediately. Identify the open door that occasioned the problem, close it (forgive, repent, ask forgiveness, firmly renounce the action, attitude or spirit involved), steadfastly break the power of any one of the mentioned things in the name of Yeshua and cast out any spirit involved in the name of Yeshua.

The following illustration was taken from a publication by Neil Anderson – If I visited your house tonight and knocked on your door, you would first come to see who was there and then you would have a choice to make. You could open the door to allow me to come in, or you could keep the door closed and deny me access. In the same way, when the enemy tries to invade your mind with lies and accusations, you have a choice to make. You can choose to allow those thoughts to come in, or you can deny them access. To “open the door” to the enemy’s lies, you simply remain passive. You let him set the agenda for your thoughts. To “close the door,” you take your thoughts captive; you decide what to believe.  Luke 17:11-19

When you come for deliverance you should not have alternatives or expect a “quick fix”.

“For freedom, Messiah set us free—so stand firm, and do not be burdened by a yoke of slavery again.”

When you walk according to the will of God you are set free and should not walk like a slave because as children of God, we are not slaves.

WHAT HAPPENS IF I HAVE SINNED AGAIN AFTER DELIVERANCE?

When we re-open doors by sinning, we open all the gates for satan to attack us again or to take control of certain areas in our lives. Matthew 12:43 and John 5:14 warn us that demons can also return and that person will then be worse off than before.

Matthew 12:43-45 (TLV) – 43 “Now when an unclean spirit goes out of a man, it passes through waterless places looking for rest and doesn’t find it. 44 Then it says, ‘I’ll go back home where I came from.’ And when it comes, it finds the house vacant, swept clean, and put in order. 45 Then it goes and brings along seven other spirits more evil than itself, and they go in and live there. And that man’s last condition becomes worse than the first. So also will it be for this evil generation.”

Luke 11:24-26-24 (TLV) – “When an unclean spirit goes out of a man, it passes through waterless places looking for rest. Not finding any, it says, ‘I will return to my house where I came from.’ 25 And when it comes, it finds the house swept and put in order. 26 Then it goes and takes along seven other spirits more evil than itself, and they go in and settle there. And that man’s last condition becomes worse than the first.”

John 5:14 (TLV) – “Afterwards, Yeshua finds him in the Temple. He said to him, “Look, you’ve been healed! Stop sinning, so nothing worse happens to you.”

We know we are human and we may fail from time to time. That is why it is so wonderful that we can still after sinning, confess our sins, and the foothold that satan could have had, is then removed again because of God’s love and forgiveness for us. This does not mean that we can do deliberate sin and just ask forgiveness every time. No, but this means that if we live a life of sanctification, that God’s grace will be there if we make mistakes.

All we need to do is repent immediately.

John 5:14 (TLV) – “Afterwards, Yeshua finds him in the Temple. He said to him, “Look, you’ve been healed! Stop sinning, so nothing worse happens to you.” 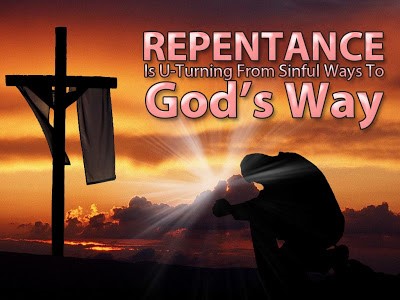 1 John 5:18 (TLV) – “We know that anyone born of God does not keep on sinning; rather, the One born of God keeps him safe, and the evil one cannot touch him.”

DON’T FALL INTO THIS TRAP!! This is an example of a true story.   Amanda came for deliverance, and she gave her heart to Yeshua.  By doing this many curses were broken over her life, there were also demons who tormented her and caused uncontrollable anger, illness etc. But after her deliverance and baptism things began to improve for her. Her finances began to improve and her life was going much better.  She could sleep through the night again without waking up constantly, she no longer heard the voices in her head that continuously spoke to her.

But unfortunately, Amanda did not fully commit her life to Christ. Her repentance and commitment were short lived, and she was only looking for a quick fix to all her problems.  She was not prepared to exercise discipline and commitment to stay away from sin.  She thought by receiving prayer that all her problems would be solved, and everything would be okay again.  She chose not to read the Bible every day or to have quiet time with Yeshua.  She also chose not to join a church and so never got the support that she required to get through the maintenance phase.  She thought that all was good.  She also battled to let go of her old friends that constantly smoked and used drugs for pleasure.  Amanda again buckled under the pressure of these friends and started using weed again.  At first, she thought – just once – but things started spiralling out of control and she was soon using it continuously again.  Unfortunately, all the issues returned, she is again seeing spirits in the house that are following her and the sleepless nights have returned.  Amanda is praying but it’s not helping!  Amanda’s problem was that she did not fully give her heart to Yeshua, she did not turn away from the sins of her past.  The enemy walks around like a roaring lion and the minute you give into your past sins he will attack again.  He will convince you that just once more and then you will let go – the problem is that once more then becomes twice more and eventually you are right back where you started. By going back to her sins Amanda gave satan the key to her life again.